The Carnivalesque Muse. The New Fiction of Robert Coover

The Carnivalesque Muse: The New Fiction of Robert Coover is an enquiry into the complex aesthetics of one of the key figures of American postmodernism, Robert Coover. Combining the Bakhtinian carnivalesque with the poetics of transgression as delineated by Peter Stallybrass and Allon White, the book opens up a space in which carnival imagery becomes a form of cultural mediation of the contemporary subject's attempts to approach, if only distantly, the always terrifying Real. In an effort to challenge the long established tendency to view Coover's writing primarily in terms of postmodernist metafiction, the study offers a critical analysis of Coover's later works, arguing that, while still highly self-conscious creations, these texts employ carnival aesthetics to mediate the contemporary subject's uncertainties about death, physicality and representation. Carnival's preoccupation with the body, its transgressive potential and the uncanny combination of Symbolic representation and Semiotic energies, make carnivalesque aesthetics a particularly suitable tool for analyzing various tensions and contradictions in contemporary art. 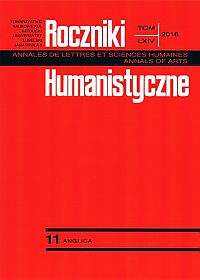 cena: 30.00 zł
zobacz szczegółydo koszyka
The Poetics of Chronotype in the Novels of Thomas Pynchon