» Książki » Socjologia » Socio-Political Perspectives on Regionalism in the Modern World

Socio-Political Perspectives on Regionalism in the Modern World 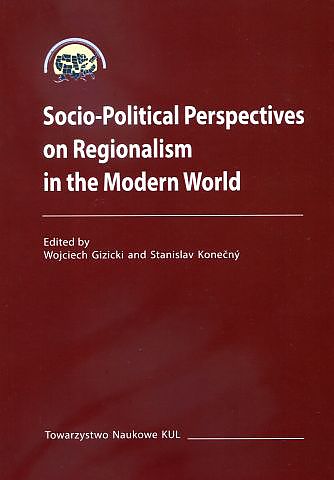 Regionalism is a form of cooperation based on territorial conditions. It is included in the legal principles of both the UN and the EU levels. Regional­ism is to support peaceful activities that serve security, successful political economic, social and cultural cooperation. In many cases, regional agreements contribute to effective mitigation of differences and the elimination of conflicts. Societies close to each other due to specific territories cooperate better and more effectively to improve the quality of life, regardless of their differences, including political and economic.

This monograph, which consists of two parts, is an attempt to present selected problems and solutions occurring in specific regional spaces. The analyzed phenomena concern both the social and political levels. They are characteristic of specific  countries, International organizations and the whole world.

In the first part, the authors mainly focus on the social determinants of regionalism. This applies in principle to specific countries, on the basis of specific internal phenomena or on a comparative level, in terms of solutions applied in specific political systems.

The second part contains texts related to the political determinants of regionalism. The authors analyze phenomena that are important not only for specific regions or states. In each case, the essence of phenomena occurring in selected regions has its international consequences.